Now when 2013 starts, I finish my first full calendar year as a researcher at Barcelona Media. Consequently, I think it is an ideal moment to review the research conducted in 2012.

This year has been strongly marked by the study of the communication dynamics on Twitter of the main political parties in the Spanish 2011 general elections. In this study, we highlight the significant differences between diffusion and conversation networks of each party. In particular, political parties with less media coverage (UPyD, Equo and partly, IU) generated more complex networks on Twitter than other major national/regional parties (PP, PSOE, CiU and partly, ERC). We also noted other patterns of interest such as the low level of interactions between members of different parties (aka. cyberbalkanization).

The first results were presented in Madrid during the I Congress of the Latin American Association of Researchers focused on Political Campaigning in collaboration with the valuable analysis done by M. Luz Congosto. 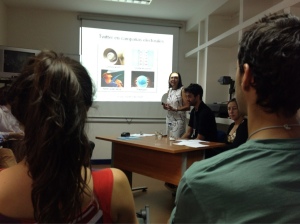 The article with the full results was presented at the Conference “Internet, Politics, Policy 2012” organized by the Oxford Internet Institute. In this conference I also enjoy other stimulants studies as the ones conducted by the Social Media Lab from the University of Washington and the impressive keynote by Duncan Watts. 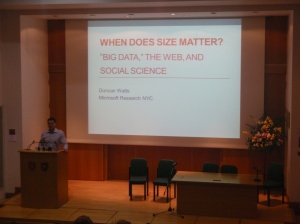 However, in spite of the great satisfaction I got because of the acknowledgement of this study, the most memorable milestone of the year was the birth of DatAnalysis15m research group. This interdisciplinary group, sponsored by the Seminary of Communication and Civil Society, has become a gathering of activists and researchers that aims to revolutionize the methodologies for analyzing techno-political practices. The workshops and lectures offered in October were only a spoiler of the final thesis that will be released along the present year… 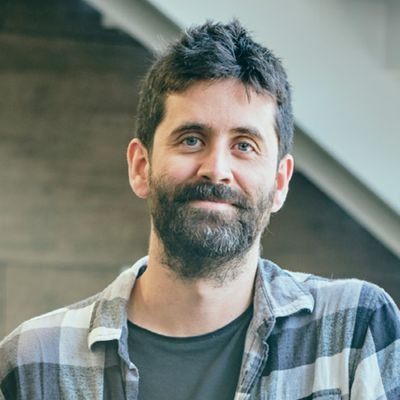